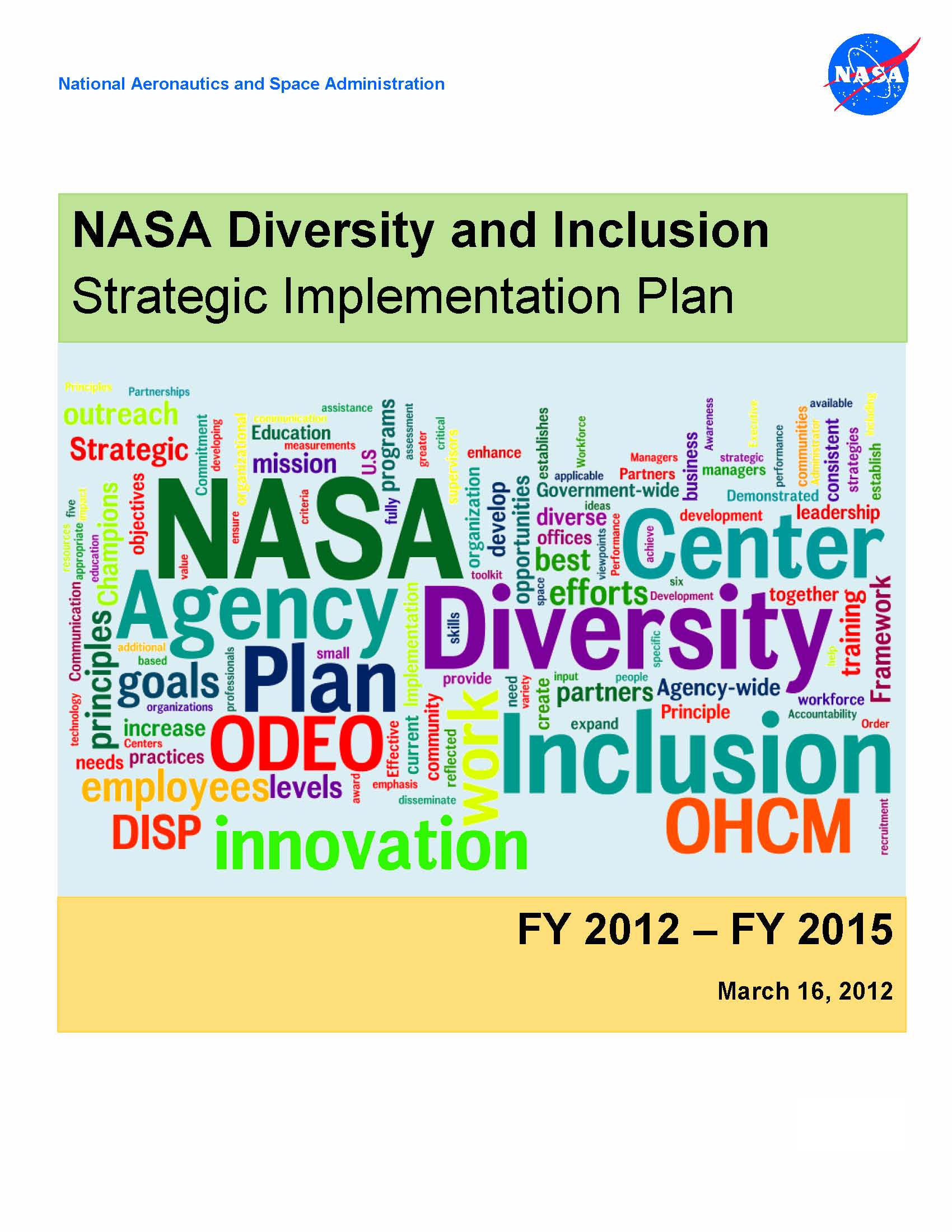 NASA policy defines harassment/harassing conduct as any unwelcome conduct, verbal or physical, based on an individual's race, color, gender, national origin, religion, age, disability, genetic information, sexual orientation, status as a parent, gender identity, or retaliation for making reports or allegations of harassment or providing information related to such allegations when: (1) The behavior can reasonably be considered to adversely affect the work environment or (2) An employment decision affecting the employee is based upon the employee's acceptance or rejection of such conduct.
Harassment that violates NASA policy can occur in a number of ways. Examples include:
• Making jokes, remarks or displaying images, pictures, or other materials that unreasonably interfere with work performance or creates an intimidating, hostile, or offensive work environment.
• A supervisor coercing an employee into an unwelcome sexual relationship and then rewarding the employee with a promotion.
• A supervisor taking disciplinary action or denying a promotion to an employee because he or she rejected sexual advances from the supervisor.
• Retaliating against an employee for alleging harassment or participating in fact-finding interviews.
• Being the target of offensive or demeaning remarks because the employee is a single mother with children.
• Denying the opportunity of an employee to participate in an off-site training because he or she is over 40 years of age.
• Verbal abuse/put-downs, name-calling or the use of racial epithets or slang that creates an intimidating, offensive, or hostile work environment.
• Intimidating behavior such as asking for, or offering, sexual favors in return for positive performance appraisal or promotion.
• Displaying power over an employee because of gender through disparaging gender-related remarks and threatening behavior.
NASA's anti-harassment policy and procedures are not intended to establish a general civility code for the Agency. Therefore, petty slights or minor annoyances are not covered. In addition, harassment covered under NASA policy is limited to the definition and protected categories, such as race and gender, provided above. If the alleged conduct you report does not meet the definition of harassment under this policy, there are a number of other options you may wish to explore to address your concerns. The NSSC's Ombuds and Human Resources Office can provide additional information regarding those options.
Where should NASA civil Service employees go to report harassment?
NASA civil service employees who believe they have been the victims of harassment should report the matter immediately to their supervisor, the Center Anti-Harassment Coordinator, or other official(s) as designated by the NSSC Executive Director.
Center Anti-Harassment Coordinator (SSC/NSSC)
Darryl C. Gaines
Bldg 1100, Room 310-B
(228) 688-1116

darryl.c.gaines@nasa.gov
Agency Anti-Harassment Coordinator
David Chambers
HQs Office of Diversity and Equal Opportunity
(202) 358-2128
david.r.chambers@nasa.gov
I'm a contractor who believes I have been harassed by a NASA civil servant, what should I do?
Contact the Center Anti-Harassment Coordinator for information and guidance.
I'm a contractor who believes that I'm a victim of harassment by another contract employee, where should I go?
NASA anti-harassment policy and procedures only covers NASA civil servants. NASA does not have the authority to address contractor-on-contractor issues pertaining to harassment, however it is expected that all contractors conducting work on NASA premises will refrain from engaging in harassing conduct.
For allegations of harassment involving a contractor employee, NASA supervisors should immediately contact the appropriate Contracting Officer.
If I report harassment and then change my mind about going forward with the allegations, what happens?
The Agency is still obligated to look into the allegations raised.